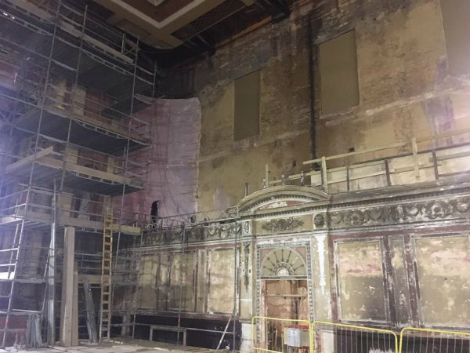 For Alexandra Park and Palace Charitable Trust (APPCT) has announced the opening programme for its Theatre following an extensive, multimillion pound restoration.  It will host a special one-off performance from the BBC Concert Orchestra for the Proms on 1 September.  It will then close to complete the project and will officially re-open on 1 December 2018.

The ambitious project is a once-in-a-lifetime opportunity to bring this historically significant theatre back to life. The project would not have been possible without funding from the Heritage Lottery Fund (HLF) and Haringey Council. The £18.8 million National Lottery grant is one of the biggest ever for a heritage project.

Opened in 1875 with a string of spectacular productions, the Theatre went on to be used as a chapel and cinema.  It was later a BBC prop store and workshop. For over 80 years it has not been used for regular performances.

Members of the public are invited to support the restoration of the Theatre through a public fundraising campaign, enabling them to name a seat in the Theatre. Supporters who have named a seat include Sandi Toksvig, Neil Morrissey and Hugo Speer.  A donor board will commemorate all donations of £25 or over.  Celebrating the public’s role in this restoration of the People’s Palace, this will be installed in the East Court. 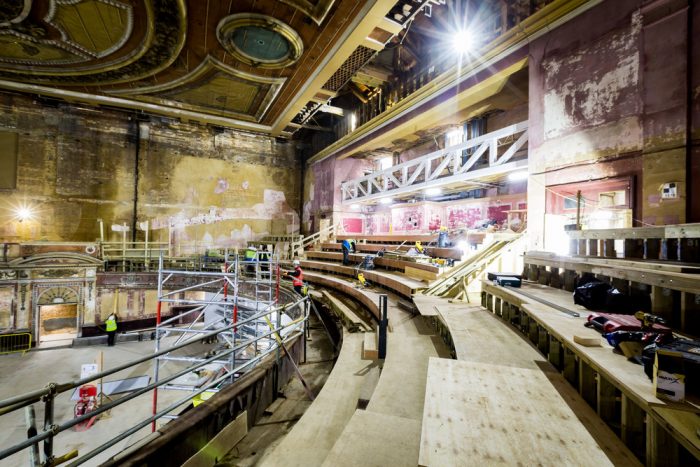 So, visit theatre.alexandrapalace.com for more information regarding how to donate.

Hussey Seatway are providing the seating for this incredible project, we will update you further, closer to the installation date.